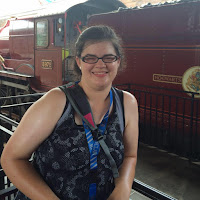 Okay, so this is me. Well, me from a few years ago. I still look basically the same, though. Today’s blog post is about a day in the life of non-teacher me. Crazy things happen to me at school with my students and Beta and the copier but sometimes life outside of work is just as ridiculous. I had the craziest day yesterday and I am going to share it with you! You’ll laugh, you’ll cry, you’ll want to give me money…well, maybe not that last part. But I promise you’ll enjoy it so let’s go!

Yesterday, I was going to leave early for school. I was covering another teacher’s duty and wanted some time to check my email. So down my driveway I went at 7:05. My driveway is an incline so I always go down front-wards and pause at the end to be sure nothing is coming before turning onto the street. Something was different this morning, though, and it took me a second to realize my trash can was gone. 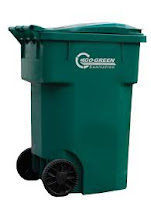 Someone stole my trashcan! I kept my foot on the brake and just sat there for a moment. My big, green trashcan was gone. Now, there was nothing in it because I don’t accumulate a lot of trash and it was still at the road from last week but who in their right mind steals a trashcan? And was I going to have to pay for a new one? I just got a bill from the doctor for the $232 it took them to determine that I did not, in fact, have pneumonia and I just spent $111 to do my measly taxes. Was I now going to have to shell out money to buy a new trashcan? What did one even do in the situation of the stolen trashcan?

Figuring there was nothing I could do about it, I texted my mom ‘please call me if you’re up, I have a question’ and headed off. At the next side street, I decided to turn around and double-check to see if perhaps some kind soul had driven my can up to the house.

As I drove slowly past my house, there was nothing in sight. Okay, well, deal with it later. I continued on my way, passing two other trashcans that were on their sides, trash spilling out. We’d had a pretty nasty storm last night and I figured the winds had blown them over.

About five houses down, a trashcan sat partly in the middle of the road, between two other cans at the end of their driveways. I slowed down. What if my trashcan had been blown down the road? What if, instead of being stolen by a person, it had been stolen by nature? I continued on down the road, passing another two overturned cans.

That has to be my trashcan, I thought. It has to be. At the end of the street, I turned around and went back. The suspect can sat between two driveways, both with their trash cans at the end of them. Surely, it was mine.

I pulled back into my driveway, parked, and headed off down the street. Never mind that I was wearing dress shoes, long black pants, and a nice blouse. Never mind the fact that the humidity was killing me or the pollen was insane. I was going to rescue my trashcan!

The whole way to the can five houses down (and around a curve), I prayed no one would drive by and see me. How would I explain that I was just recovering my trashcan? No, they’d think I was the thief. I quickly made it to the trashcan and rolled it all the way back to my house after checking that it was empty like I knew mine to be.

Finally, I got home, parked my trashcan, put on a little more deodorant, and headed to school.

But that’s not where my crazy day ended. You’d think rescuing a lost trashcan would be enough. But no. No, it was not.

My school day ended after waiting 40 minutes for a late parent to pick up her Beta Club student. As I got in my car to head home, I called my mom. I drove up the street from the school and, at some point, passed into the Twilight Zone. 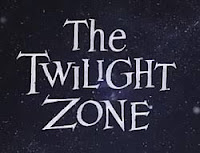 I was talking with my mom, making sure that she didn’t need me to come over to help with my Dad, when a bunny rabbit hopped out in front of my car. In the space of about five seconds, I hit the brakes, glanced in the rearview mirror and realized that there was a car behind me so I couldn’t stop, saw the bunny stop in the road right in front of me, thought how cute it was with its little brown ears, and prayed that, since I couldn’t stop, I could pass right over the rabbit and it would be fine (unless it got hit by the car behind me). I sucked in a deep breath as the rabbit disappeared beneath my car.

“It’s okay,” my mom tried to say but I just kept going.

“Oh my gosh, mom, oh my gosh, it’s dead and it’s stuck up under my car and I’m going to have to get the dead rabbit out of my car and oh my gosh, I hit a rabbit.” My mom tried to offer comforting words but I couldn’t get the image of the cute little cottontail out of my head.

Peter Rabbit was alive!!! “Oh my gosh, oh dear lord, the rabbit just came hopping out from under my car! It was alive! It must have caught on something under the car and managed to stay alive and now it’s off in the field and it’s fine. I didn’t kill anything after all! I need a car wash.” 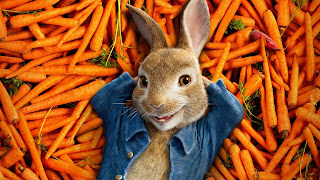 I chattered on about the rabbit miracle for a few more minutes before hanging up. What a way to end the day. From runaway trashcans in the morning to zombie rabbits in the afternoon, my life is never dull.