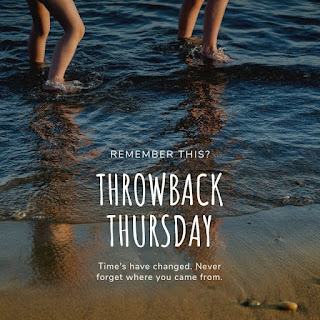 For today’s blog post, I’m going to do something a little different. I’ve been working on editing various chapters of my teacher book – since I’m going to a writer’s conference next week – and came across a gem of a chapter (well, okay, gem might be stretching it) that I haven’t looked at in years. And, yes, I know it still needs some editing. It was probably the very first chapter I wrote when I began this process.

So today, I am going to share this very first chapter with you. It’s a throwback to when I started this project and a throwback to my first year of teaching, six years ago.

Wow, time sure does fly, doesn’t it? Well, strap in, because here we go!

After a week or two, I know what classes I can mess with and joke with and which classes I have to be on all the time for behavior. My 5th period is one of those classes where we joke around and I’m sarcastic and they love it. We banter, we draw pictures of boats and toss our classmates to the sharks, and, most importantly, they learn.
There’s one student in particular in my 5th period class who makes me laugh. His name is Dustin and he is a hoot. On the first day of school, I went around the room and had all my students tell me their name and something interesting about themselves.
“I don’t want to hear htat you wear glasses or that your hair is brown.” I instructed. “I want to hear something interesting, like that you have a velociraptor for a pet. Now that is cool. So let’s go.”
I got all manner of answers, from ‘I play basketball’ to ‘I have three younger brothers.’ But Dustin took the velociraptor comment to heart and, on the first Monday of school, when he passed me in the hallway, he stopped.
“Ms. Higdon, I was gonna bring you a picture of my velociraptor but I forgot!” he announced.
“Uh-huh. Sure, Dustin, sure.” I rolled my eyes and laughed. “Whatever.”
He grinned and headed on to his homeroom class. This continued for several days. Each day, he would stop me in the hallway and confess to forgetting the picture of his pet. In 5th period, I would joke with him about this mysterious picure and we would all end up laughing.
One day, I told Dustin that I would only believe the picture was real if he was in it. He stared at me for a few seconds, clearly with the wheels in his brain just a-goin’.
“Um, well, I can’t get too close to him. I’m not allowed. He might eat me.”
For a week, the little blonde-haired, blue-eyed, glasses-wearing twelve-year-old never failed to tell me he’d forgotten the picture but his velociraptor said hello. Then, finally, two weeks after school started, he stopped me on his way to homeroom and said, “I brought the picture! I’ll show it to you in class, Ms. Higdon.” Class change didn’t allow for a lot of time to chat so I told him I looked forward to seeing it.
At lunch, several of my fifth period students who were in Dustin’s homeroom class told me about the picture. “Yeah, yeah,” I laughed, “I’ll believe it when I see it.”
Finally, fifth period rolled around. After I took attendance, I went over to Dustin and asked to see the picture of his velociraptor.
Proudly, he pulled out a tiny black-and-white picture of a dinosaur. “There,” he said, “That’s him.”
I took the clearly Google-imaged picture and studied it. “Wow. He’s a big one, Dustin. What’s his name?”
There was a long pause. The whole class was hanging onto the whole exchange, including a small boy in the far corner who was kneeling in his seat so he could see better. No one was bothering with the starting activity on the Promethean Board at the front of the room. Everyone was too interested in the velociraptor.
“Um, well, his name’s Velociraptor!” Dustin finally shouted.
“Uh-huh,” was all I said as I handed back his picture and went on with the lesson. We talked about the Age of Exploration and Christopher Columbus. Near the end of the class, I got my students working on an individual assignment and went to my computer. Opening Google, I typed in ‘velociraptor,’ and waited to see what would come up.
Sure enough, the third picture was the exact same photo Dustin had showed me. Now, this is where knowing my students comes in handy. I knew Dustin. I knew how he would handle what I was about to do.
I shut off the projector and said, “Okay, everyone, I’d like you to direct your attention to the board where we will see a picture of Velociraptor.” When I turned the projector back on, there was the same picture Dustin had with him, clearly found on Google. Everyone – including Dustin – burst out laughing.
Without missing a beat, Dustin exclaimed, “Hey! How’d Velociraptor get on the Internet?” 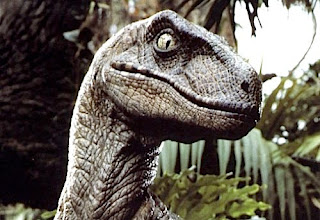